Have a look at their fantastic new jet aircraft, covered from nose to tail in amusing signs. 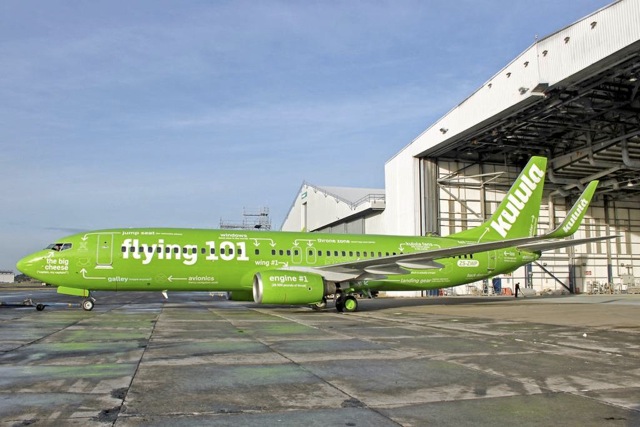 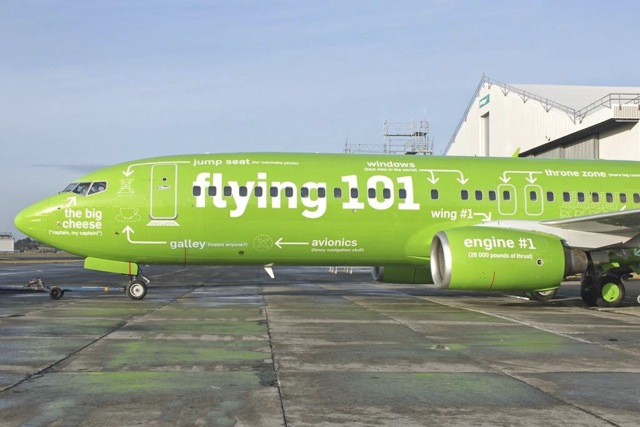 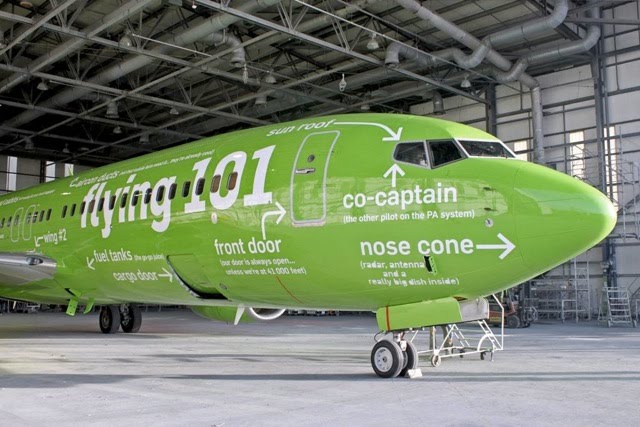 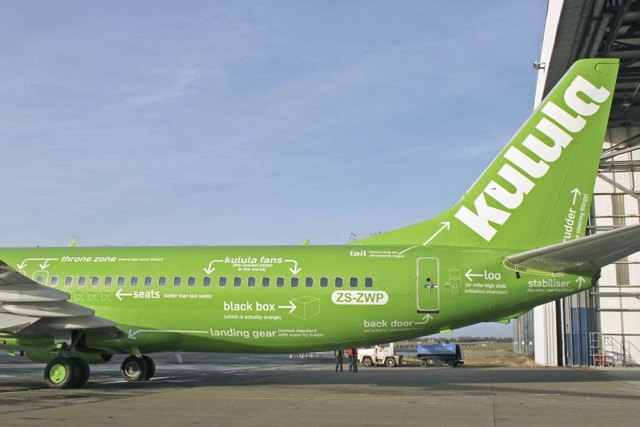 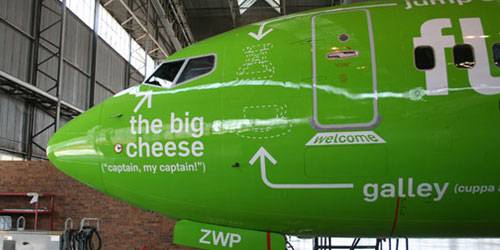 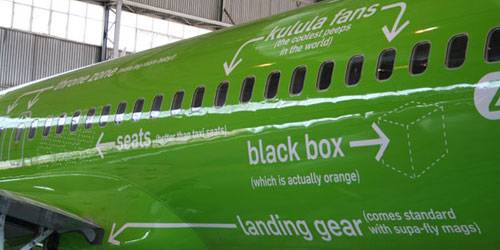 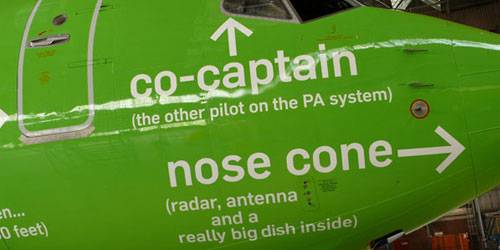 It is a shame that Kulula doesn't fly any international routes, so not very many of us will see this aircraft.  But if you live or are visiting SA then show your support to an airline with a good sense of humour.

Even the attitude of the airline staff is different from the norm.  The Kulula airline attendants make an effort to make the in-flight" safety lecture" and announcements a bit more entertaining. Here are some real examples that have been heard or reported:

On a Kulula flight, (there is no assigned seating, you just sit where you want) passengers were apparently having a hard time choosing, when a flight attendant announced, "People, people, we're not picking out furniture here, find a seat and get in it!"

On another flight with a very "senior" flight attendant crew, the pilot said, "Ladies and gentlemen, we've reached cruising altitude and will be turning down the cabin lights. This is for your comfort and to enhance the appearance of your flight attendants."


On landing, the stewardess said, "Please be sure to take all of your belongings.. If you're going to leave anything, please make sure it's something we'd like to have."


"There may be 50 ways to leave your lover, but there are only 4 ways out of this airplane."


"Thank you for flying Kulula. We hope you enjoyed giving us the business as much as we enjoyed taking you for a ride."


As the plane landed and was coming to a stop at Durban Airport, a lone voice came over the loudspeaker: "Whoa, big fella. WHOA!"


After a particularly rough landing during thunderstorms in the Karoo, a flight attendant on a flight announced, "Please take care when opening the overhead compartments because, after a landing like that,sure as hell everything has shifted."


From a Kulula employee: " Welcome aboard Kulula 271 to Port Elizabeth. To operate your seat belt, insert the metal tab into the buckle, and pull tight. It works just like every other seat belt; and, if you don't know how to operate one, you probably shouldn't be out in public unsupervised."


"In the event of a sudden loss of cabin pressure, masks will descend from the ceiling. Stop screaming, grab the mask, and pull it over your face. If you have a small child travelling with you, secure your mask before assisting with theirs. If you are travelling with more than one small child, pick your favourite.."


Weather at our destination is 50 degrees with some broken clouds, but we'll try to have them fixed before we arrive. Thank you, and remember, nobody loves you, or your money, more than Kulula Airlines."


"Your seats cushions can be used for flotation; and in the event of an emergency water landing, please paddle to shore and take them with our compliments."


"As you exit the plane, make sure to gather all of your belongings. Anything left behind will be distributed evenly among the flight attendants. Please do not leave children or spouses."


And from the pilot during his welcome message: "Kulula Airlines is pleased to announce that we have some of the best flight attendants in the industry. Unfortunately, none of them are on this flight!"


Overheard on a Kulula flight into Cape Town, on a particularly windy and bumpy day: During the final approach, the Captain really had to fight it. After an extremely hard landing, the Flight Attendant said, "Ladies and Gentlemen, welcome to The Mother City. Please remain in your seats with your seat belts fastened while the Captain taxis what's left of our airplane to the gate!"


Another flight attendant's comment on a less than perfect landing: "We ask you to please remain seated as Captain Kangaroo bounces us to the terminal."


An airline pilot wrote that on this particular flight he had hammered his ship into the runway really hard. The airline had a policy which required the first officer to stand at the door while the passengers exited, smile, and give them a "Thanks for flying our airline”. He said that, in light of his bad landing, he had a hard time looking the passengers in the eye, thinking that someone would have a smart comment. Finally everyone had gotten off except for a little old lady walking with a cane. She said, "Sir, do you mind if I ask you a question?" Why, no Ma'am," said the pilot. "What is it?" The little old lady said, "Did we land, or were we shot down?"


After a real crusher of a landing in Johannesburg, the attendant came on with, "Ladies and Gentlemen, please remain in your seats until Captain Crash and the Crew have brought the aircraft to a screeching halt against the gate. And, once the tire smoke has cleared and the warning bells are silenced, we will open the door and you can pick your way through the wreckage to the terminal."


Part of a flight attendant's arrival announcement: "We'd like to thank you folks for flying with us today.. And, the next time you get the insane urge to go blasting through the skies in a pressurized metal tube, we hope you'll think of Kulula Airways."


Heard on a Kulula flight. "Ladies and gentlemen, if you wish to smoke, the smoking section on this airplane is on the wing.. If you can light 'em, you can smoke 'em."

A plane was taking off from Durban Airport. After it reached a comfortable cruising altitude, the captain made an announcement over the intercom, "Ladies and gentlemen, this is your captain speaking.Welcome to Flight Number 293, non-stop from Durban to Cape Town, The weather ahead is good and, therefore, we should have a smooth and uneventful flight. Now sit back and relax... OH, MY GOODNESS!" Silence followed, and after a few minutes, the captain came back on the intercom and said, "Ladies and Gentlemen, I am so sorry if I scared you earlier. While I was talking to you, the flight attendant accidentally spilled a cup of hot coffee in my lap. You should see the front of my pants!" Apassenger then yelled, "That's nothing. You should see the back of mine!"

Google Video of the Day

Description
A collection of funny signs found from around the world. Updated daily.

Brought to You in League With...